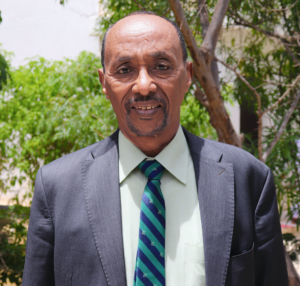 Professor Hussein Bulhan has been extraordinarily successful in his contributions to academia in Somaliland in general –  and in particular psychology – by founding the first university in this country where psychology is taught.

Professor Bulhan succeeded with his scientific work, which was conducted under very difficult circumstances, to have a wide-ranging influence on the scientific community as well as on the public not only in Somaliland but at large. His book Frantz Fanon and the Psychology of Oppression (1985) has received more than 1100 citations. His work in the area of Psychology of Liberation is highly politicized. His class on the Psychology of Oppression, which he developed, was taught for years in the Clinical Graduate Program of Boston University and continued to be taught after he left.

Even though Professor Bulhan had a tenured position at Boston University he chose to return to his country of origin, the war-torn Somaliland, thus following a difficult and dangerous career path. His fortitude, courage, and scholarship under extremely difficult circumstances are admirable.

In Somaliland he has contributed with his ideas and scientific knowledge both at the collective, political level, and at the individual level as a clinical psychologist. He has also had great influence on the development of the field of psychology in Somaliland where he founded the first University where psychology and psychiatry is taught and mental health specialists are trained.

Professor Bulhan’s CV and academic record show him to be a formidable public intellectual and resilient scholar; he has advanced psychological practice and theory under very difficult circumstances; his contributions to the growth of psychology in the Global South and globally are outstanding.

2020 Winner: Achievement Against the Odds Award