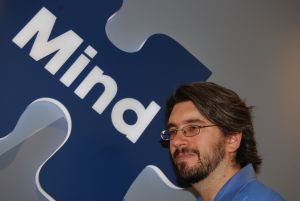 1. From the Commendations by the Jury

We honor Will Cunningham for his insightful and integrative  research creating a comprehensive, multilevel model of  evaluative processing and for his elucidation of the nature and  function of the human affective system. His work uniquely and  innovatively synthesizes cutting-edge theory and methodology  in social, cognitive, and neurological dimensions of  psychological science.

Will Cunningham studied Psychology at the College of William and Mary (Virginia) and Yale University from where he was awarded his PhD in 2003, on Neural Components of Automatic and Controlled Social Evaluation. After a number of years at the University of Toronto, he was appointed to an Assistant Professorship at Ohio State University, in 2010 moving to an Associate Professor position. He just returned to the University of Toronto as an Associate Professor with a joint position in the Department of Psychology and the Rotman School of Management.

In his brief career to date, Will has already received several academic honors, including the SAGE Young Scholars Award from the Society for Personality and Social Psychology (2009); the Fred Brown Research Award from Ohio State University (2009); Janet Taylor Spence Award For Trans-formative Early Career Contributions from the Association of Psychological Science (2010); Top Ten Most Cited Assistant Professors in Social Psychology: Dialogue (2007); the Most Valuable Person Award: University of Toronto (2006); and the Dean’s Excellence Award: University of Toronto (2005 and 2006).

His research takes a social cognitive neuroscience approach to understanding the processes underlying emotional responses. Of primary interest are the affective evaluations people make, and how these guide thought and behavior. To better understand these processes, he uses a range of methodologies from social psychology and cognitive neuroscience, and his theoretical work straddles these disciplines. His current research examines how motivation and emotion regulation (which can occur at both automatic and controlled levels of processing) contribute to emotional and evaluative states. This work suggests that affective states are constructed moment to moment from multiple component processes that integrate relevant information from various sources such as automatically activated attitudes and situational contexts. He has applied his work to the study of prejudice and prejudice reduction, decision-making, political attitudes, morality, and affective development, including emotional regulation in children.

Much of his work has published in high-ranking journals (including Psychological Science, Journal of Personality and Social Psychology, Journal of Cognitive Neuroscience, Trends in Cognitive Science, Cognition and Emotion).

Will Cunningham’s primary interest is in the question of how the mind represents value: how we learn what is good and bad, and how we make assessments of ourselves, others, events, objects and ideas. Will is unique in using highly effective combinations of behavioral measures, of indicators of neural responses and of computational approaches to tackle questions of moral decision making as they play out in inter-group relations and interpersonal relations.

His work has already shown us how the system of affect, fundamental to our survival, works. His evidence has allowed us to adjudicate between competing models and has provided a window into explicit and implicit systems of effective decision making. He has effectively drawn out the implications of his work for inter-group relations and for interpersonal relations.

His eclectic and collaborative approach has proved highly effective in terms of scholarly publications. Even as a very junior assistant professor, the Society of Personality and Social Psychology identified him as one the top ten most cited junior faculty in the field. When Psychological Science lists its most cited articles of all time, two of Will Cunningham’s articles make the list (in 2001 and 2004).