It is with great shock and a profound sense of loss that IUPsyS received the sad news that Professor Dr Robert Roe passed away on 22 February 2016.

In a distinguished career, spanning some five decades of significant scientific and applied knowledge and experience, Professor Roe impacted countless people and various organisations globally who were fortunate to intact with him as friend, student, mentor, colleague and fellow psychologist.

Robert exhibited rare leadership traits and singular vision that endeared him to many while ruffling the few who failed to apprehend his foresight and critical thinking on important scientific, professional, social and historical matters impacting the discipline of psychology and our fragile world.

Robert will be remembered for his essential role in consolidating European psychology and building regional and international collaboration. His focus was always on making psychology relevant for society as a whole, and he often correctly claimed that “psychology is indigenous”. Amongst his many leadership roles, Robert was the founding-president of the European Association of Work and Organizational Psychology (EAWOP, 1991-1997), and was the dynamic immediate past president of the European Federation for Psychologists’ Association (EFPA, 2009-15). An abiding legacy will be his inspiring attempt to craft a meaningful statement on colonialism that sought to move beyond blame and mitigate its immense and ongoing effects on the majority world.

We mourn the loss of a considerable presence in psychology globally, a wonderful colleague, a warm friend, and a tremendous human being. There will be few others like him.

Our sincere and deep condolences go to his wife Marika, his son and his daughter. 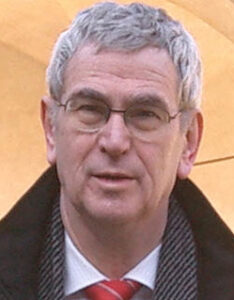