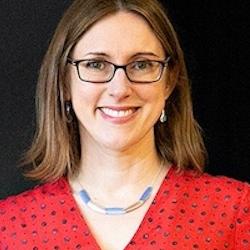 Professor Sarah Jayne Blakemore is the world’s leading authority on the development of the adolescent brain. She is Professor of Psychology at the and leader of the Developmental Cognitive Neuroscience Group.

Professer Blakemore’s research focuses on the development of social cognition and decision making in the human adolescent brain and adolescent mental health. Her research group runs behavioral studies in schools and in the lab, as well as neuroimaging studies, with adolescents and adults. Her interest in this area began when she was conducting post-doctoral research on schizophrenia, the symptoms of which, like those of most mental illnesses, usually start during adolescence.  She wondered whether changes in organization of the adolescent brain might make young people vulnerable to developing mental illness. Little was known about how the human brain develops during adolescence. Emerging as one of the first researchers in this area, she subsequently made significant contributions to the field, including demonstrating that the human brain undergoes substantial and protracted development during adolescence, mirroring changes in social behaviour.

Professor Blakemore and her group have focused on the development of the ability to mentalize or understand other people’s mental states and emotions, and also of the social brain, the network of brain regions involved in understanding other people. In 2007, she published the first neuroimaging study investigating how neural activity during a mentalizing task (the ability to understand intentions) differs between adolescents and adults. The finding that the pattern of activity in the social brain network changes between adolescence and adulthood has been replicated in many studies using a variety of mentalizing tasks.  Together with collaborators, Professor Blakemore and colleagues have analysed big datasets from different development cohorts. These studies indicate that trajectories of structural development across the cortex are remarkably consistent in longitudinal cohorts of child, adolescent and young adult participants from three different countries.

Professor Blakemore made a truly important contribution in recognizing the importance of brain development during adolescence.  She has since gone on to investigate it at several levels, from neuroscience to social science, and has applied her work to important issues in both education and clinical psychology.  In short, Professor Blakemore’s work on the adolescent brain has had a significant impact on various sub-disciplines in psychology and in the understanding of mental illness.