1. From the Commendations by the Jury 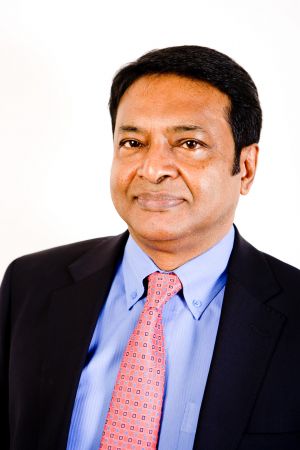 Saths Cooper succeeded in making a significant contribution to Psychology in South Africa by overcoming extreme personal hardship and risk including imprisonment. Cooper facilitated the resilience of psychology itself in South Africa under extremely difficult circumstances at great personal risk (to use the award phrases). Cooper is continuing his efforts very actively to bring African psychology into international psychology in a significant way and to enhance the internationalization of psychological science and profession.

Dr Cooper is recognized as one of the key psychology leaders to have restored credibility to South African psychology, after years of isolation brought about by Psychology’s historical association with the system of Apartheid. His undergraduate studies were abruptly ended in 1969 when he was rusticated from the University College Durban for his unwavering opposition to the creation of an ethnic University that would grant its own degrees. He was put under house arrest and jailed for a total of nine years. This included a term of five years on Robben Island Prison (in the same cell-block as former President Mandela, Govan Mbeki and Walter Sisulu) for his non-violent student and community developmental activities. He was refused permission to study. After release from Robben Island prison in 1982, he was able to continue his studies, despite reservations from those who considered that his political background or his imprisonment made him unsuitable. In 1998, he was declared a ‘victim of gross human rights violations’ by South Africa’s Truth and Reconciliation Commission.

Dr Cooper was elected as President of the Psychological Society of South Africa (PsySSA) 1996-1998, and again in 2006; and he was elected by the Society as its first Fellow in September 2002. He was the first National Director of the Institute for Multi-Party Democracy, which engaged with political parties across the spectrum in 1991, and was the Executive Director of The Family Institute (1992-1995) and ran numerous violence intervention, skills training, public awareness and policy advocacy programs in the run-up to South Africa’s first democratic elections in 1994. He chaired the statutory Professional Board for Psychology at the Health Professions Council of South Africa (HPCSA) and was Vice-President of the Council. He chairs the South African ICSU National Board at the National Research Foundation of South Africa. He has received a number of honors for his services to Psychology, including a Medal for Services to International Psychology from IUPsyS (2008), fellowship of the National Academy of Psychology, India (2007), Paul Harris Fellow (Rotary International, 2003) and the Golden Peacock Achiever Award for Political and Intellectual Leadership and Academic Excellence, Indian Academy of South Africa (2003).

The IUPsyS Achievement against the Odds Award 2012 goes to Dr Sathasivan (Saths) Cooper, President of the International Congress of Psychology 2012.