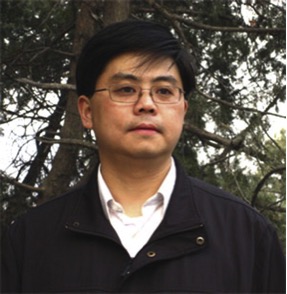 Dr. Fang earned his Ph.D. degree in Psychology from University of Minnesota in 2006. He is now a professor and Chair of the psychology department at Peking University.  Dr. Fang is an exceptionally talented and productive young psychologist. His dissertation was centered on how objects are visually perceived and represented in the human brain. The issues that he addressed include the functions of dorsal and ventral visual pathways in object representation in the absence of visual awareness; and the viewpoint specific representation of visual objects. Dr. Fang’s study showed that the ventral dorsal dissociation in perception and action can be demonstrated in normal human subjects and that even in the absence of awareness.

Dr. Fang demonstrated extraordinary ability to combine and apply psychological, neuroscience, and computational expertise to this problem. After his Ph.D., he continued his research on object viewpoint perception, face perception, attention, and perceptual learning. He has published more than 50 papers, many of them in the highest ranked neuroscience journals, such as Current Biology, NeuroImage, Journal of Neuroscience, and Neuron, as well as the top specialty journals in the field of vision, such as the Journal of Vision and Vision Research. Dr. Fang’s contributions have far-reaching significance not only in psychology but in many related scientific disciplines. It shows how good scientific psychology can inform basic scientific inquiry in a fundamental way.

He received substantial funding, and was also invited to review important grants. He is also a member of several editorial boards (e.g., Current Biology, Experimental Brain Research and Frontiers in Perception Science). Dr. Fang has also established an impressive research group, with graduate students that have their own level of productivity. As the chair of a top psychology department in the best university in China, Fang is also an effective leader and has contributed enormously to raising the international visibility of Chinese research.

Due to his excellent work, he has received many Academic Honors and Awards, such as National Distinguished Young Scientist Award from National Natural Science Foundation of China, National Award for Youth in Science and Technology from China Association for Science and Technology, 2011. In summary, Dr. Fang Fang is an outstanding cognitive neuroscientist. His track record and his demonstrated potential ensure that he will continue to be a major contributor to psychological science.