Home > Who We Are > News > In Memorium: Professor Annette Karmiloff-Smith

Sadly, Annette Karmiloff-Smith passed away on 19 December 2016.  She made a seminal contribution to the field of child development and trained under Barbel Inhelder and Jean Piaget (who served on the IUPsyS Executive Committee from 1951 to 1969 and as President from 1954 to 1957).  She was awarded the Union’s Mattei Dogan Prize in Psychological Science at the International Congress of Psychology in Cape Town in 2012. After receiving this award she wrote “Thank you for giving me the opportunity of attending this excellent conference and visiting this fascinating country. And the award is the most beautiful I have ever received”. A short profile on Karmiloff-Smith, the Commendations by the IUPsyS 2012 Awards Jury and the Award statement is available on this website at: https://www.iupsys.net/about/awards/major-advancement-in-psychological-science-prize/winner-fondation-mattei-dogan-prize-in-psychological-science/ 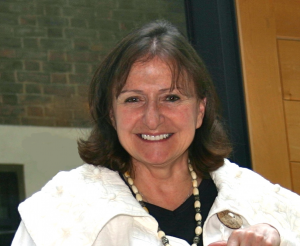