Home > Who We Are > News > In Memorium: Professor Çiğdem Kağıtçıbaşı

We are deeply saddened by the loss of Prof. Çiğdem Kağıtçıbaşı, an irreplaceable scientist, a true humanist and a woman of the Turkish Republic. Among her countless contributions to science, her most important legacy is the thousands of students and highly accomplished scientists she has educated and inspired.

The services of Prof. Kağıtçıbaşı to science and education began at İhsan Çizakça HighSchool, the school founded by her parents. After completing her studies at Wellesley College and later the University of California, Berkeley, Prof. Kağıtçıbaşı began her academic career at the Middle East Technical University Department of Psychology, and continued in Istanbul at Boğaziçi University. After retirement, she joined the Koç University family in 1995, where she continued her exemplary research.

Prof. Kağıtçıbaşı took her passion for education beyond the scientific and academic community. As a member of the Mother Child Education Foundation (AÇEV) Prof. Kağıtçıbaşı’s work with early childhood education and the development of mother support programs are among the most commendable services she made to our country. In her most recent project she worked to develop education programs to educate young people to support social welfare and peace in Turkey. As a member of the Koç High School Advisory Board, Prof. Kağıtçıbaşı supported optimal models for education, and acted as founder and director of the Koç University Center for Gender Studies (KOÇKAM), established to promote the role of women in society and support gender equality. In her position as Dean of Social Sciences and Humanities at Koç University, she introduced many young scientists from various disciplines to the Turkish scientific community.

As UNESCO Chair on Gender Equality and Sustainable Development, Prof. Kağıtçıbaşı provided further support to young social scientists through the Human Development Research Award, an award she established with her own personal resources.Throughout her life, Prof. Kağıtçıbaşı has been among the strongest supporters of a secular education based on science.

Professor Çiğdem Kağıtçıbaşı served as Vice-President of the International Social Science Council (2004-06) and International Union of Psychological Science (IUPsyS) (1996-2000), serving on the IUPsyS Executive Committee from 1988-2006 with singular distinction. The first female President of the International Association for Cross-Cultural Psychology (1990-92), Professor Kağıtçıbaşı was instrumental in giving currency to the term “majority world” distinguishing the larger part of humanity from the Euro-American influence on world thought.

The outstanding services of Prof. Kağıtçıbaşı for science and education were honored with many national and international awards, among which are the TÜBİTAK Science Award; the Roberta Grodberg Simmons Award for her research on adolescence; the Jacobs Foundation Research Award; Ursula Gielen Global Psychology Book Award; and the William Thierry Preyer Award for Excellence in Research.

As well as mourning the loss of Prof. Kağıtçıbaşı, we believe we should also celebrate the remarkable life she has lived, and the many contributions she has made to all our lives.

We extend our deepest condolences to her family, colleagues, students, and to the entire scientific community.

By: Professor Gonca Soygüt, President of the Turkish Psychological Association 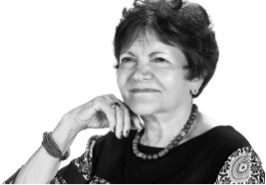