Professor Pam Maras from the University of Greenwich was elected as President-Elect of the International Union of Psychological Science (IUPsyS). Professor Maras is the first female to hold this position in the organisation’s history, which dates back to the very first International Congress of Psychology that was held in August 1889 in Paris, France. Her election was announced during the 31st International Congress of Psychology in Yokohama, Japan at the IUPsyS Assembly on 27 July 2016. Professor Maras is a former President of the British Psychological Society and is the Director of Research and Enterprise and Professor of Social & Educational Psychology at Greenwich. 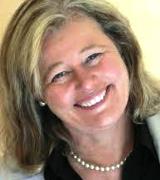